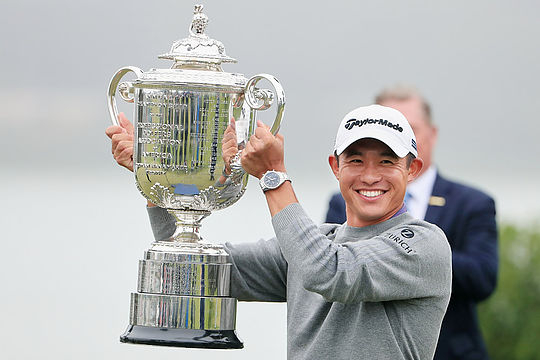 Just when it looked like the first major of the year could be heading towards a four or five-way playoff, 23-year-old Collin Morikawa stepped up to the plate with a chip-in birdie at the 14th followed by an eagle after driving the par-4 16th to set up victory at the PGA Championship in San Francisco.Morikawa, who was playing in just his second major after having finished T35 at last year’s US Open, now joins Tiger Woods, Rory McIlroy and Jack Nicklaus in the history books, all of whom won their first...

Subscribe to alerts and you'll receive top stories straight to your inbox.